It is time to create a righteous bill for New Zealand calling abortion murder and outlawing it as murder, calling for justice for the fatherless and oppressed according to Isaiah 10.

10 Woe to those who decree iniquitous decrees,

and the writers who keep writing oppression,

2 to turn aside the needy from justice

and to rob the poor of my people of their right,

that widows may be their spoil,

and that they may make the fatherless their prey!

3 What will you do on the day of punishment,

in the ruin that will come from afar?

To whom will you flee for help,

and where will you leave your wealth?

4 Nothing remains but to crouch among the prisoners

or fall among the slain.

For all this his anger has not turned away,

and his hand is stretched out still.

Exodus 23:2 You shall not fall in with the many to do evil, nor shall you bear witness in a lawsuit, siding with the many, so as to pervert justice,

Abortion Law Reform NZ sector of the Law Commission is currently preparing preliminary advice for the Government about decriminalizing abortion in New Zealand. Please see webpage here http://www.lawcom.govt.nz/abortion. The request of the Government led by Jacinda Ardern is intended to treat abortion as a “healthcare issue”- there is nothing resembling healthcare about stabbing a baby in the skull to kill him/her. If the intention is met, the eventual law will take away the current restraints on child sacrifice (although under the current legislation 12,000 babies were slaughtered in 2016 in NZ, and this is intolerable- I am not denying this). Abortion does definitely need to be criminalized as murder in all circumstances, especially rape (where the child is fatherless and the mother is a widow [abandoned]). We as Christians need to stand up and speak for those who have no voice (Proverbs 31:8-9). We need to rise up (Psalm 94:16) and present a righteous bill (Isaiah 10:1) to protect the lives of these precious vulnerable children (Psalm 139:16). Were you not once in the womb yourself? Love your neighbor as yourself.

“Before I formed you in the womb I knew you,

and before you were born I consecrated you;

I appointed you a prophet to the nations.”

All children in the womb, from the moment of conception, bear the image of the God in whose image they are being made.

We also need a reliable MP to take this to parliament, one who will carry his/her cross (the burden of abolishing abortion) and one who will not be ashamed of King Jesus when push comes to shove in parliament, who will trust the Lord and not fear man. We need to find a current MP to carry this bill as his/her cross, who will not back down when confronted by the world, who will trust the Lord and not fear man. We need to make national news headlines and get publicity for the cause that abortion is murder and we were all once in the womb ourselves. I have started by giving out 110 photos I wrote on publicising the idea. I have made up a poster that I have begun posting to Churches about their role as a light and a voice for the unborn who are being slaughtered on a huge scale. I have also been promoting the 180 movie and giving out other literature tackling the national sin of child sacrifice like a machine these past 3 weeks.

The odds look pretty grim in our time-frame. Thank God His promises in His Word are not for the faint-hearted.—-We will then pray for and find through God’s providence a MP to carry this bill to Parliament bring the light of God’s justice into conflict with the darkness, and to Lordwilling put an end to murderous child sacrifice. I am inspired by the example of William Wilberforce.

The findings of the Law Commission on Abortion Law Reform New Zealand are going to be presented to the Minister of Justice in October 2018.

New Zealand Government wants to decide whether or not humans should have the right not to be murdered when living in the womb of a Kiwi mother. The protection for vulnerable children in the womb at the moment is flimsy and insufficient, as I have said. So, the time is now, to create a bill with just decrees that will become a righteous law to treat abortion as murder, with punishments as murder by the civil authority.

And the time is right now. The decision of the Law Commission will be presented in October to Government, and from then the Government can choose to draft a bloodthirsty bill, which will go through a select committee and then be passed into law. No amount of regulations around murder are sufficient. If we do not act now it will be too late for many, many Kiwi children who are to be led to the slaughter.

Does anyone know how write a righteous decree for New Zealand on Abortion to protect the oppressed, orphaned and widowed (or raped) from abortion? The bill needs to call all abortion murder and call for it to be abolished on the basis that all human beings are created in the image of God, and we have all once been in the womb because that is where people need to live for the first months of life.

We use our Plain Language Standard for everything from emails to legislation. We use it when writing, peer-reviewing, editing, or proofreading.

We all need to communicate effectively whenever we write.

This Standard is designed to support good writing. The PCO expects all its staff to apply the Standard with common sense and good judgement. 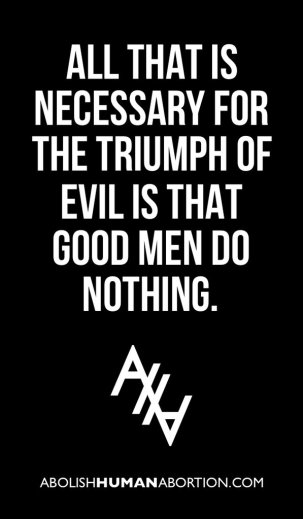