Warning: I am going to wake up the sleepers! Wake up! The light of Christ has come.

Under the exhortation of my Dad and my friend Gary, and with support and help from two New Zealand abolitionists and many others, here is my compiled message to the Church about abortion and the Gospel.

If you’re reading this, I hope you come repentance of sin and believe in the Lord Jesus. He was Himself a single-celled zygote in a virgin’s womb. He travelled down the fallopian tube that He created. He was born and grew up, and then as an adult, He died on Calvary’s cross to set sinners free from the wages of sin, and rose again – abolishing death and bringing life and immortality to light through the Gospel. And we need to identify with tiny humans because He became one at the incarnation.

Some of you may know that I have become increasingly passionate about speaking up for the unborn and for my other neighbors who have no voice. I realized that the Gospel that Jesus came into the world to bring is the only thing that has the power to break the bonds of sin, shine light into darkness and make us salt to a world corrupted by its evil desires. I realized that if believers in Christ are to overcome evil with good (Romans 12:21), we must first expose the unfruitful works of darkness (Eph 5:11) and then proclaim liberty to the captives through the cross (Col 2:15).

God has lit a deep fire in my soul, and has woken me up to the horrific slaughter of abortion- the shedding of blood of 13,000 Kiwi babies in 2017. This is a work of the Devil which Christ came to destroy (1 John 3:8). Only God’s light and the truth of His justice can and will pervade the darkness of sin. But this will only happen if we speak up. Dietrich Bonhoeffer in NAZI Germany said “silence in the face of evil is itself evil.” Righteousness exalts a nation, but sin is a reproach to any people (Proverbs 14:34).

Some Christians believe that little babies have innocent souls, so they go straight to Heaven when they are murdered. Wake up! Jesus said we are to love our neighbour as we love ourselves. Unborn humans are our neighbour, made in the image of God, and they are being led away to the slaughter. How is it loving to say you do not care if someone is murdered, and then make the excuse that they are going to Heaven? What we do for the least of these, Jesus’ brethren, we are doing for Him (Matthew 25). Jesus became like us in every way. At the incarnation, the Holy Spirit came upon Mary, and God became flesh in the form of a single celled zygote. Jesus travelled down the fallopian tube just like every one of us has. What is more, Mary was unmarried and did not expect to conceive a child. Unborn children are the weakest and smallest of people, but each of us have needed to live for the first months of life in our mother’s womb. Unborn humans are our neighbours.

It is a fact that a fertilized egg is a human being. Life biologically starts at conception. In the lab, when they create humans through IVF, a spark of light is given off when the sperm and egg fuse- creating a new human being. Watch here Destroy Legal Human Trafficking Psalm 139 says “Your eyes saw my unformed substance.” An embryo, a child from fertilization to 9 weeks fertilization age, is alive and has all the DNA needed to give instructions for all of that person’s life. God said to the prophet Jeremiah, “Before I formed you in the womb  I knew you, and before you were born I consecrated you; I appointed you a prophet to the nations.” What are we doing, killing our own prophets?

Proverbs 24 says “If you faint in the day of adversity,

your strength is small.

11 Rescue those who are being taken away to death;

hold back those who are stumbling to the slaughter.

does not he who weighs the heart perceive it?

Does not he who keeps watch over your soul know it,

and will he not repay man according to his work?”

I would like to point out that just as it is our job as Christ’s disciples to hold back those who are stumbling to the physical slaughter (to be murdered by abortion or IVF abortifacients) – it is also our job to preach the Gospel so that souls will be won to Christ. How do we balance these two facts? When Amy Carmichael was told just evangelise and win souls, she said “Souls are more or less securely fastened to bodies.” How are unborn children meant to grow up to serve the Lord Jesus if we turn a blind eye when they are murdered? He who keeps a watch over our souls knows it. Nothing is hidden from Him. “The eye of the Lord is in every place keeping watch on the evil and the good.”

We should also be warning their parents and doctors who carry out abortions. We must warn them that murder is a serious sin against God, and proclaim the Gospel: that Christ came to save sinners from damnation for their sin against God. Jesus died, was buried, and rose again, so that if we follow Him we may no longer live for themselves, but for Jesus.

We should also stand for the criminalization of barbaric child sacrifice which happens behind closed doors under the guise of “women’s healthcare.” A woman’s body is hers, but the body of her baby is not hers to dehumanize and murder. The body inside your body is not your body. A ten-week-old embryo is the average age at which surgical abortions are performed. At this age the child has fingers and toes, it’s own blood type, and is as fully human as anyone else, including those younger than this little boy or girl. 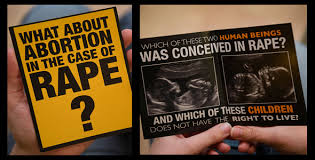 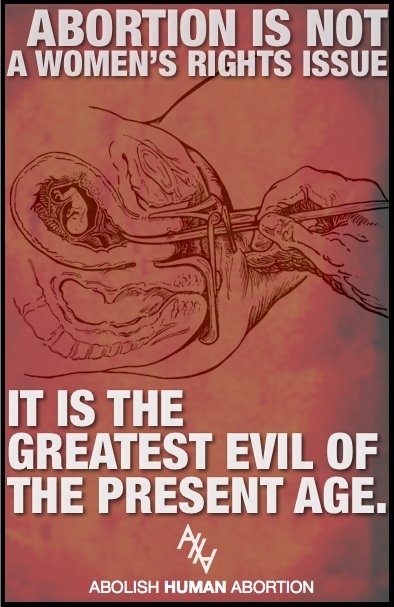 About a month ago, I spent a Saturday doing research and wrote a blog article on abortion law reform in NZ. I want you to know that we should be standing for a law that does justice and does not allow the continuation of this bloodshed. To do this, you need the power of Christ in you. If you are not a Christian, become one. Isaiah 10:1 says: “Woe to those who decree iniquitous decrees. and the writers who keep writing oppression, 2 to turn aside the needy from justice, and to rob the poor of my people of their right…”

The Bible has a lot to say about child sacrifice, and make no mistake – abortion is modern day child sacrifice done to the false god of self-interest. Israel started practicing child sacrifice and it was an abomination to the Lord. Infants were sacrificed to pagan idols- which God did not command- and it didn’t even enter His mind. Jeremiah 32:35 says: “They offered up their sons and daughters to Molech, though I did not command them, nor did it enter into my mind, that they should do this abomination, to cause Judah to sin.” Think about that – the all-knowing, omniscient God says it did not enter his mind that they would do such an evil thing as killing their own children! That’s how much he hates it.

God’s standard of morality does not change. He is a God of justice, mercy and truth, and His mercy is found alone in Jesus who said, “I am the way, the truth and the life, no one comes to the Father but through me.” (John 14:6)

So what should Christians do? We should visit orphans in their affliction. We should visit hospitals and chemists and IVF providers which facilitate the abuse and murder of abandoned and unloved children. James 1:27 says “Religion that is pure and undefiled before God the Father is this: to visit orphans and widows in their affliction, and to keep oneself unstained from the world.” Who is more orphaned than a child whose parents have so abandoned him or her that they are ready to murder him? Why are we as the Church neglecting our God-given responsibility of visiting orphans and widows in their affliction, and preaching the Good News to their oppressors so that God will change their hearts?

Also, in Luke 4:18 Jesus said “The Spirit of the Lord is upon me, because he has anointed me to proclaim good news to the poor. He has sent me to proclaim liberty to the captives and recovering of sight to the blind, to set at liberty those who are oppressed.” Who is more poor and naked than an unborn baby? Who is more captive to sin than a parent who believes their own selfish pleasure is more important than the life of their child? Their child is already alive. We are to follow Christ’s example when living for Him in the world. We are to expose darkness, and shine the light of the Gospel of the glory of Christ in the darkness. The light has kept on shining in the darkness, and the darkness has not put it out. John 1.5

Which brings me to my final point. We are the light of the world. Jesus said it, not me. We are also the salt of the earth to preserve it from evil. What good is salt when it’s not salty? May we take our light out from under a bushel, may we get genuine salt from the Creator of Heaven and Earth, and Go in the power of His name and make disciples of all the nations. He will always be with us.


This sermon starts with powerful spoken word poetry on IVF.

Preaching in a Sunday service about abortion.

Prayer of repentance for our nation